This is the story of Noah and his family:
Noah was right with God. He was without blame in his time. Noah walked with God.  And Noah became the father of three sons: Shem, Ham, and Japheth. But the earth was sinful in the eyes of God. The earth was filled with people hurting each other.  God looked at the earth and saw how sinful it was. For all who lived on the earth had become sinful in their ways. Then God said to Noah, “I have decided to make an end to all the people on the earth. They are the cause of very much trouble. See, I will destroy them as I destroy the earth.

Make a large boat of gopher wood for yourself. Build rooms in the boat, and cover it inside and out with tar.  This is how you are to make it: The boat is to be as long as 150 long steps, as wide as twenty-five long steps, and eight times taller than a man. Make a window for the boat, that goes down a cubit from the roof. Put a door in the side of the boat. And make it with first, second, and third floors. See, I will bring a flood of water upon the earth, to destroy all flesh under heaven that has the breath of life. Everything on earth will be destroyed.

But I will make My agreement with you. You will go into the large boat, you and your sons and your wife, and your sons’ wives with you.  You are to bring into the large boat two of every kind of living thing of all flesh, to keep them alive with you. They will be male and female. Two of all the kinds of birds, and animals, and every thing that moves on the ground are to be with you to keep them alive.  And take with you every kind of food that is eaten, and store it. It will be food for you and for them.”  Noah did just what God told him to do.

Then the Lord said to Noah, “Go into the boat, you and all your family. For I have seen that you only are right and good at this time. Take with you seven of every clean animal of each sex, and one of each sex of the animals that are unclean, And take with you seven of every kind of bird of the sky of each sex, to keep their kind alive over all the earth. In seven days I will send rain on the earth for forty days and forty nights. I will destroy from the land every living thing that I have made.” And Noah did all that the Lord told him to do.

Noah was 600 years old when the flood of water came upon the earth.  Then Noah and his sons and his wife and his sons’ wives all went into the large boat because of the water of the flood. Clean animals and animals that were unclean and birds and every thing that moved on the ground went into the large boat with Noah. They went two by two, male and female, just as God had told Noah. After seven days the waters of the flood came upon the earth. In the year 600 of Noah’s life, in the second month, on the seventeenth day of the month, all the wells of water under the earth broke open. The windows of the heavens were opened. And the rain fell upon the earth for forty days and forty nights.

On the very same day Noah and his sons, Shem and Ham and Japheth, and Noah’s wife and the three wives of his sons with them, all went into the large boat. With them went every kind of animal, and all the cattle, and every thing that moved on the earth, and every kind of bird. They went into the large boat with Noah, two of every living thing. Male and female of all flesh went in as God had told Noah. Then the Lord shut him in.

The flood came upon the earth for forty days. The water got deeper and raised up the large boat so that it was lifted above the earth.  The water was very deep upon the earth. And the boat stayed upon the top of the water. The water got higher and higher upon the earth until all the high mountains under heaven were covered.  But the water went about four times taller than a man above the tops of the mountains.  All flesh that moved on the earth was destroyed, birds and cattle and wild animals, and every man. Every thing that had the breath of life and lived on dry land died. God destroyed every living thing upon the land, from man to animals, from things that moved upon the ground to birds of the sky. They were destroyed from the earth. Only Noah was left, and those that were with him in the large boat, And the water covered the earth for 150 days.

In verse 16, we read that Noah and his family followed God’s command and “the Lord shut him in.”

What do you think that would have felt like?

What sort of sounds do you think Noah and his family heard?

Have you ever been on a ship? What was it like the first time you boarded the huge ship?

Did you ever worry whether the boat would sink?

What is the longest stretch of time that you have seen it rain?

How do you think you would feel to have multiple rainy days in a row?

How does God remind His people how much He loves them in the story of Noah?

Closing Prayer
Father God, thank You for the story of Noah and the life that You gave him and his family. We know that we continually disappoint You through our sins, but we thank You that our story does not end. Thank You for the gift of forgiveness You give to us each day through your Son, Jesus Christ. It is in His name we pray, Amen. 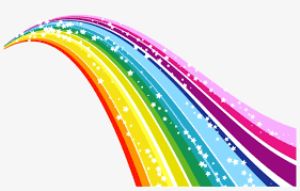 SOME SUGGESTIONS FOR ON-LINE GAMES AND COMPETITIONS

Wesley's Chapel, House and Museum
Facebook & Twitter: @museummethodism  Instagram @john_wesleys_house
You might also enjoy the challenge on Health (posted as part of ongoing Wednesday Challenge events)
Here's a 50piece jigsaw of plants in the Chapel's physic garden!
(HINTS:  Click on bar,  bottom left of screen,  to see the complete image before you start! YOU CAN CHANGE THE NUMBER OF PIECES TO SUIT YOU, top of screen under  "Play as")

The Church Facebook page
Methodist Church Tower Hamlets  - is available for your comments and contributions.
Want to post something?  Speak to Laverne.

You can see earlier lessons, including any you may have missed,   in the archive